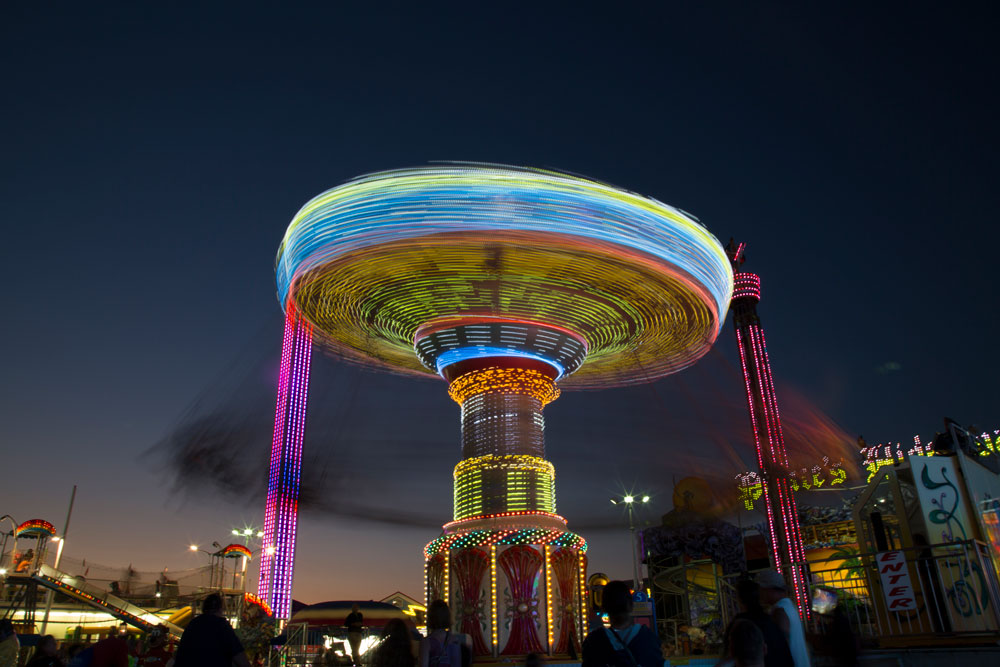 Some came for the sun and brought their beach chairs and umbrellas. Others bought tickets for the newest boardwalk attractions — the Shore Shot drop tower in Seaside Heights and the brand new Looping Star roller coaster at Keansburg Amusement Park.

Whatever the cause, business was booming along the Jersey Shore during the July Fourth weekend.

Brian Scardone, food manager of the Spicy Cantina in Seaside Heights, made 1,000 pounds of dough, bought 300 pounds of chicken wings and 250 pounds of grilled chicken to prepare for what he said has been the best July Fourth weekend for the restaurant since superstorm Sandy struck.

"There's a lot of people on the boardwalk, but overall this year… there have been more people stopping in," he said. "It's been a very good weekend so far."

"Thank God the rain stopped," said Robert Hilton, executive director of the Jersey Shore Convention and Visitors Bureau. "A quarter of it (business success at the Shore) is promoting what you have to do, and 50 percent of it is really the weather, probably more than that. We just need to keep the sun shining."

Tom Gilmour, director for economic development for Asbury Park, estimated that between 15,000 and 20,000 people attended the city's firework show on Saturday night.

"There were more people here this year than I've ever seen," he said. "I've never seen so many people on the beach."

Alyssa Shann, a hostess at Langosta Lounge in Asbury Park, said the influx of people in the area is hectic, but good for business.

"My grandmother lives right down the street from the boardwalk and every year she locks her car up and leaves the keys inside because she knows it'll be impossible to drive anywhere with all of the people who come from out of town to see the fireworks…But it's great for us and the Langosta Lounge."

"There's been a lot of business from a lot of new faces, which is a great opportunity for us. It seems like now more than ever Asbury Park is a tourist destination, a true Shore town, and that drawing power has had positive affect this weekend on both of these businesses."

Like most Asbury Park business heads, MOGO Korean Fusion Taco managers Sam Chung and Andrew Lande also had July fourth weekend circled on their calendars, and were pleased to see both their boardwalk and downtown establishments buzzing.

"This is the weekend that helps us build a new customer base," Lande said. "We get to serve families from out of the area, as well as those who live in Monmouth or Ocean County that don't come to Asbury regularly. We need this influx of tourist types because it helps drive us through the cold weather seasons."

Tourism in New Jersey is growing since superstorm Sandy destroyed much of the coast in 2012, according Tourism Economics, which studies New Jersey's economy. Atlantic City's casino closings and financial struggles have hurt the state's economy, but areas outside Atlantic County are doing better than in previous years, according to the 2014 study.

In 2014, New Jersey's travel economy grew 3.8 percent to $42.1 billion, according to Tourism Economics. Last year's pleasant summer drove up demand for hotel rooms and rentals in shore communities, raising bed tax receipts nearly 10 percent over 2013 totals, according to the study.

"The Mumford concert helped a lot," said Scardone. "It brought some people back into the area who haven't been here in a while."

Maria Mastoris, marketing manager for Casino Pier and Breakwater Beach water park in Seaside Heights, said July Fourth crowds are returning to the levels not seen since the summer of 2012, before superstorm Sandy demolished portions of the Seaside's piers, boardwalk and businesses.

"Honestly we had a great turnout," she said. "The weather definitely helped."

Hilton, executive director of the Jersey Shore Convention and Visitors Bureau, said Keansburg Amusement Park's new rollercoaster has a similar effect, bringing swarms of crowds back to the amusement park that was nearly destroyed by Sandy.

Though some homes damaged by the devastating storm have yet to be rebuilt, visitors know the Shore is open for business, Hilton said.

"We're making progress," he said. "I think the only place we can go right now is up."